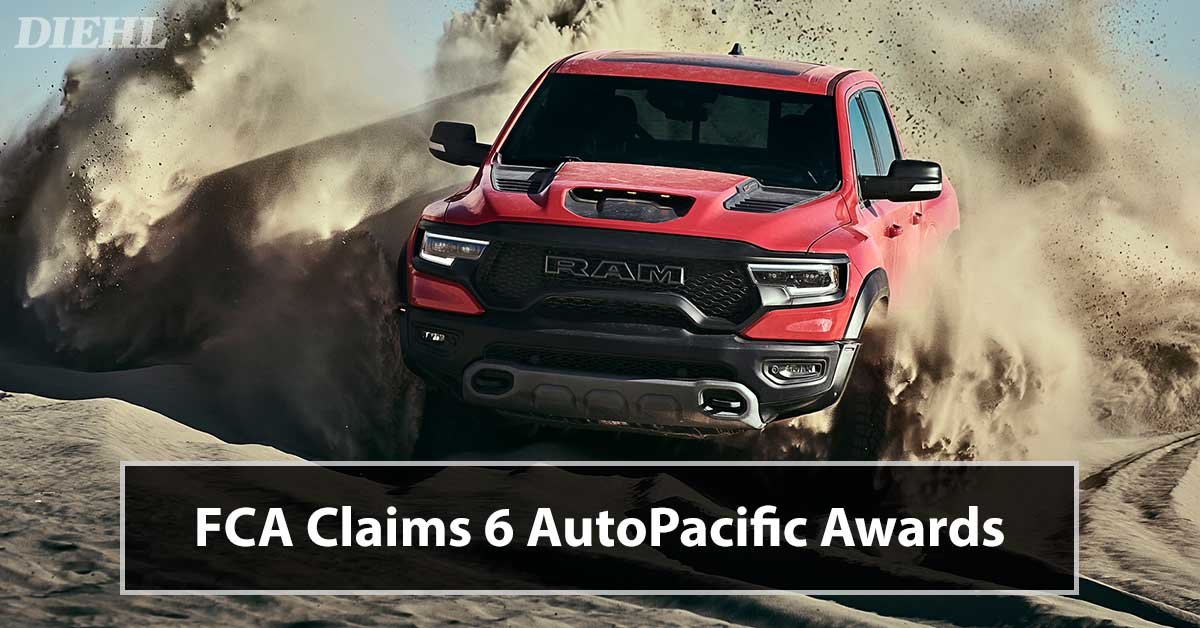 “AutoPacific VSAs give consumers true, unbiased insight into which vehicles are providing their owners with the most satisfying experience,” AutoPacific President George Peterson said.

An industry benchmark for measuring how satisfied owners are with their new vehicles, AutoPacific’s VSAs are based on survey responses from more than 73,000 new-vehicle owners.

For 2021, the Ram 1500 has no intentions of slowing down — literally — with the introduction of the 702-horsepower Ram 1500 TRX, the quickest, fastest and most powerful mass-produced truck in the world. Further, the Ram 1500 strengthens its robust lineup for the new model year with the additions of the Limited Longhorn 10th Anniversary Edition and Limited Night Edition.

Building not only on the strength of the Ram 1500, but also its entire lineup of trucks and vans, Ram Truck earns the distinction of AutoPacific’s Highest Satisfaction Popular Brand, reflecting the portfolio’s top-rated performance in the following attributes: exterior and interior design, driver's seat visibility, front-seat comfort, passenger roominess, safety features, fun to drive, braking, handling, ride, power and acceleration.

The Giulia earned top marks for its safety features, infotainment, pricing, front-seat comfort and increased Advanced Driver Assistance Systems (ADAS) content, while the Stelvio received high ratings for its pricing, driver's seat ingress/egress and exterior size and design. Both models scored best-in-class for handling and fun to drive, hallmarks of the brand’s exhilarating performance and dynamics.

Dodge Challenger
For the fourth year in a row, the Dodge Challenger has won the AutoPacific VSA for the Sports/Sporty Car segment, this year securing high scores in 17 of 27 satisfaction attributes. Most notable among these attributes were Challenger’s power, acceleration and braking, fun-to-drive character, passenger roominess and exterior design.