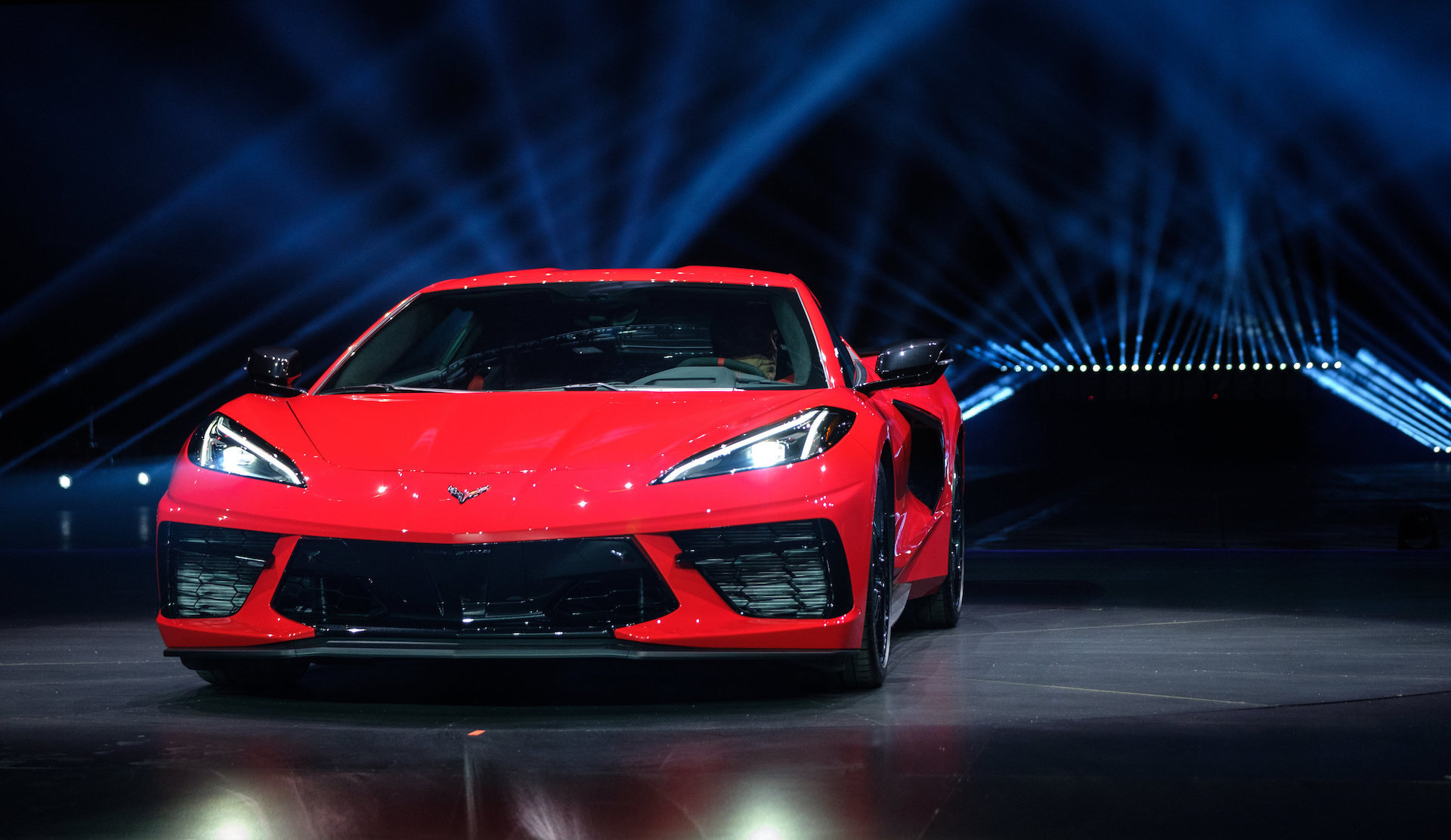 Did you know that almost all of the first American astronauts all drove Corvettes? Weird, I know, but true. Alan Shepard showed up at his first space training in a 1957 Corvette. After becoming the first American in space, GM gave him a brand new 1962 Corvette for…well, essentially for being completely awesome. Gus Grissom, Dick Gorden, Charles Conrad, Alan Bean, Jim Irwin, Al Worden, Dave Scott and other astronauts all drove Corvettes. The Corvette races between Alan Shepard and Gus Grissom were legendary, I hear. Still, there was one astronaut that did not have a Corvette. We’ll get back to that….

But why? Because, before they were astronauts, the guys were test pilots. And test pilots love to go fast. Like, really fast. So after getting out of an aircraft that was going Mach 2, getting into a Ford Pinto was like having a four-course meal at a fancy restaurant and eating a Ho Ho for desert. It just wouldn’t do, man.

And the Corvette has always been fast. But now? Oh, it’s fast. And now, beginning in 2020 and for the first time ever, the Corvette will feature an engine behind the passengers! Dubbed the LT2, the engine is very familiar to the LT1: bore and stroke are the same, compression ratio is the same. It features 495 horsepower with 470lb-ft of torque.

But why put the engine all back of the bus, so to speak?

Because of reasons. Good ones, to be sure. For example, if one wants more horsepower, more torque, and generally more power, it makes more sense to have the weight on the back wheels as opposed to the front. You want the weight on the tires that will push the vehicle. And let’s not forget about braking. Because of the additional weight, it allows the rear brakes to do more of the stopping. (I’m about to throw out a technical term like I’m some kind of automobile Einstein, although I just learned about it 15 seconds prior to writing this.) Ahem: Mid-engined cars have a lower polar moment of inertia. Essentially what that rattlesnake of a term means is, it allows the car to change direction more easily and rapidly. (Want to experience this? Okay. Go sit on an office chair. Now have someone spin you with your legs extended. Now pull your legs in. Legs in equals lower polar moment of inertia. I feel like Bill Nye the Science Guy all up in this blog.) In addition to the power and handling reasons, it also just looks cooler, man. Mid-engine vehicles can have a steeper, more aggressive, hoodline, and the proportions give it an exotic look.

Ready to have your mind absolutely blown? Alright, here goes: The new mid-engine Corvette starts at under $60k!

This is a new paradigm, Corvette lovers! A new epoch begins! This new Corvette changes everything. It’s the Corvette equivalent of the Battle of Hastings, man. This new Corvette is the United States winning the Cold War. The world is different now, ladies and gents. Bow to your mid-engine overlord!

Oh yeah, the one astronaut that didn’t drive a ‘Vette? That would be John Glenn who had a family and drove a station wagon. He was also the designated driver for other astronauts.